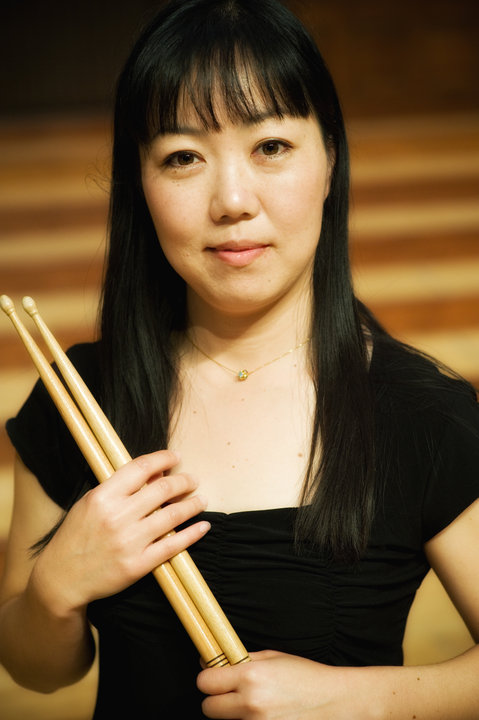 Yuri has received her Master of Music and Doctorate in Musical Arts degree in Percussion Performance at the University of Southern California, studying under Erik Forrester, minoring in Music Education, Instrumental Conducting, and Music Industry.

During the years at USC, she has performed and collaborated with artist such as Yo Yo Ma, John Williams, Steve Reich, Donald Crockett, Stephen Hartke, Morten Lauridsen, Paul Chihara, Evelyn Glennie, and members of NEXUS.  An advocate for new music, she held the teaching assistant for USC’s award-winning Contemporary Music Ensemble under the direction of Donald Crockett, where she has performed Micro-Concerto written by Steven Mackey.

Yuri is currently the percussion instructor at Occidental College, University of Redlands, Idyllwild Arts Academy, the Principal Percussionist with the Redlands Symphony in Redlands, California, and an active freelancer with other regional orchestras and chamber ensembles in Southern California.

Grammy® nominated pianist Aron Kallay‘s playing has been called “exquisite…every sound sounded considered, alive, worthy of our wonder” (LA Times).  “Perhaps Los Angeles’ most versatile keyboardist,” (LaOpus) Aron has been praised as possessing “that special blend of intellect, emotion, and overt physicality that makes even the thorniest scores simply leap from the page into the listeners laps.” (KPFK) Aron’s performances often integrate technology, video, and alternate tunings; Fanfare magazine described him as “a multiple threat: a great pianist, brainy tech wizard, and visionary promoter of a new musical practice.”

Aron has performed throughout the United States and abroad and is a fixture on the Los Angeles new-music scene. He is the co-founder and board president of People Inside Electronics (PIE), a concert series dedicated to classical electroacoustic music, the managing director of MicroFest, Los Angeles’ annual festival of microtonal music, and the co-directer of the underground new-music concert series Tuesdays@MONK Space. He is also the co-director of MicroFest Records, whose first release, John Cage: The Ten Thousand Things, was nominated for a Grammy® award for Best Chamber Music Performance. Aron has upcoming recordings on MicroFest, Cold Blue, and Populist records. In addition to his solo work, Aron is currently a member of the Pierrot + percussion ensemble Brightwork newmusic, the Varied Trio, and the Ray-Kallay Duo. He is on the faculty of the University of Southern California and Chapman University. 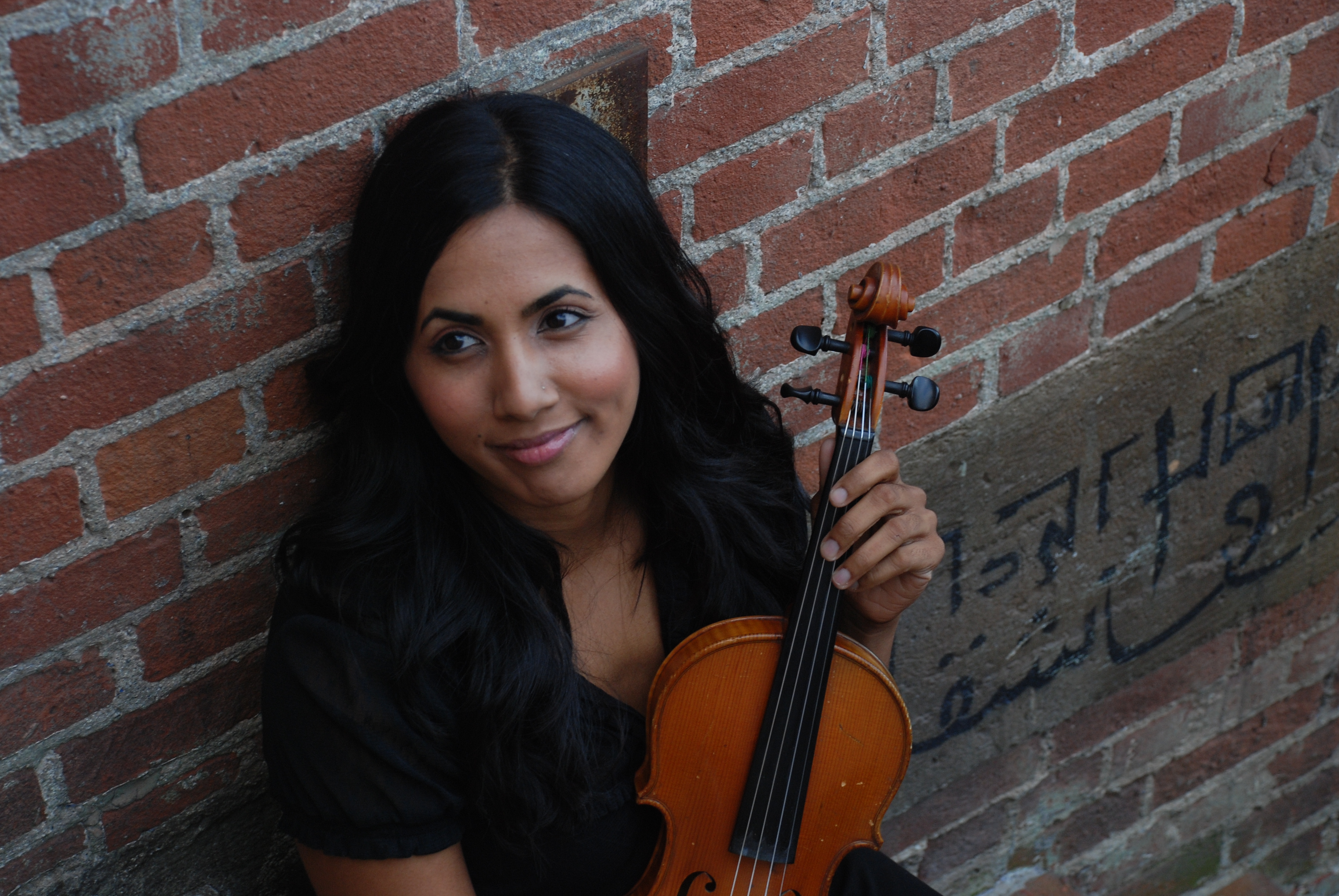 Shalini Vijayan deemed “a vibrant violinist” by Mark Swed of the Los Angeles Times, is an established performer and collaborator on both coasts. Always an advocate for modern music, Shalini was a founding member and is Principal Second Violin of Kristjan Jarvi’s Absolute Ensemble, having recorded several albums with them including 2001 Grammy nominee, Absolution.  A member of the New World Symphony in Miami Beach, Florida from 1998-2001, Shalini served as concertmaster for Michael Tilson Thomas, John Adams, Reinbert de Leeuw and Oliver Knussen.  In Los Angeles, she is featured regularly with Grammy Award winning Southwest Chamber Music and can be heard on their  Grammy nominated Complete Chamber Works of Carlos Chávez, Vol. 3 and the Encounters of William Kraft.  Shalini was a member of the first violin section of the Pacific Symphony Orchestra for ten seasons and served as Principal Second Violin of the Opera Pacific Orchestra from 2003-2008. She has appeared on over a hundred film scores including The Incredibles, Ratatouille, Star Trek, Up and Avatar as well as on every season of the television show Lost.